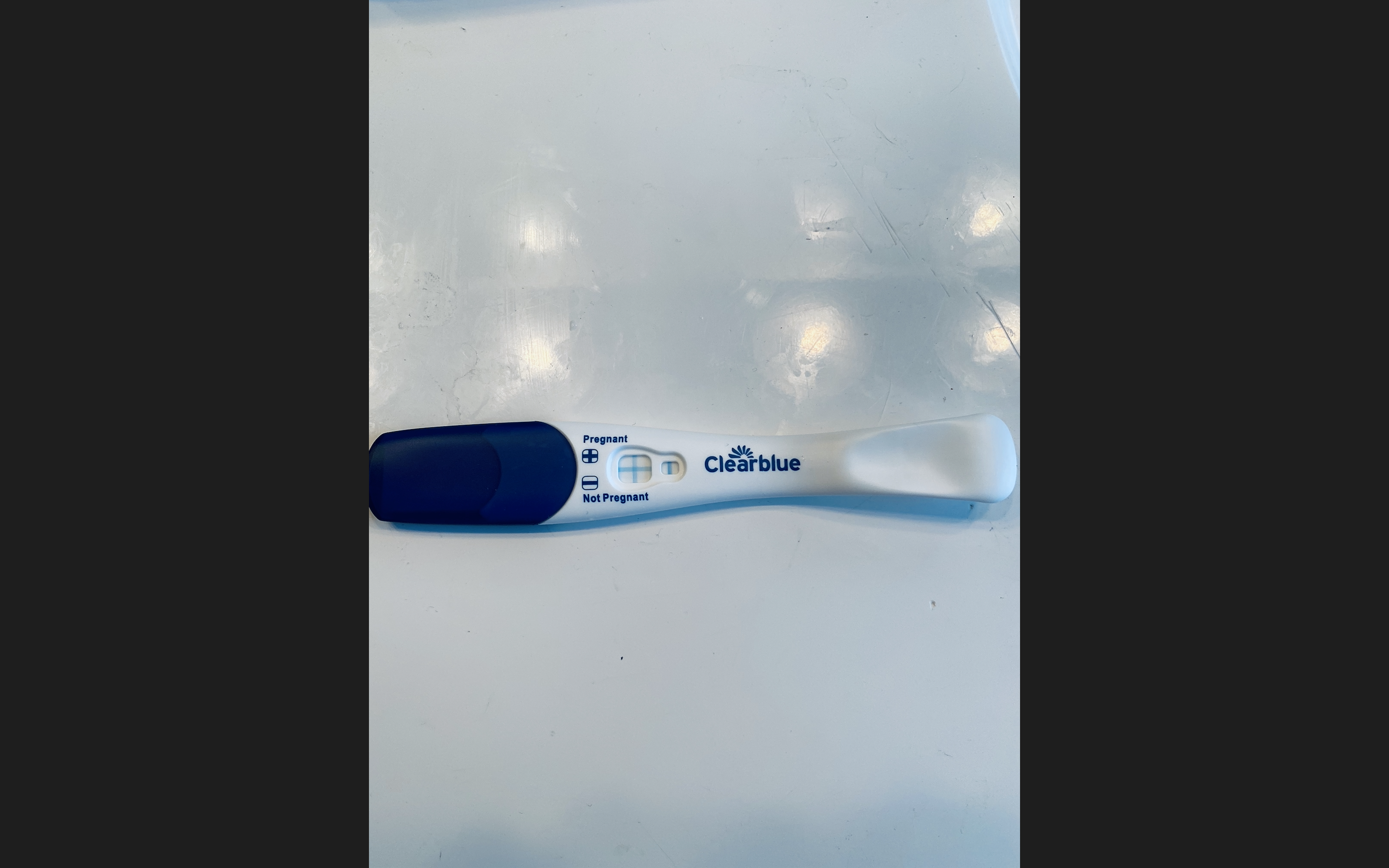 Pregnancy is the most metal thing I’ve ever done in my entire life. I consciously decided that I was ready to become a mother–or more accurately, a host–to a living being for 40 weeks. Implicit in my decision was the understanding that my body would indeed change. I made the rookie mistake of signing up for dozens of listservs to mark my ‘countdown to birth,’ which included weekly comparisons of the size of the fetus growing inside of me to inanimate objects like troll dolls and handheld video game consoles. I made it a point to come to every prenatal appointment prepared with physiological, anatomical, and frankly, inappropriate questions about what was happening to my body. If I was going to expand and contract the way the internet insisted I would, then I wanted a trained clinician to tell me in graphic detail to my face exactly what was happening to me.

My OBGYN monitored my pregnancy with remarkable care and precision, given that I’ve had hypertension my whole life. She suggested I purchase a blood pressure cuff to check in with myself in case my heart decided that pumping twice the volume of blood it normally would was a bridge too far. I obsessed over stats, prompting my questions to double and my anxiety to skyrocket. I will never forget when my doctor explained that the organs in my body were literally rearranging themselves to make room for the fetus. I’m going to repeat that in case what I’ve just said was unclear: MY ORGANS REARRANGED THEMSELVES TO MAKE ROOM FOR A FETUS. I implore you to consider the very science fictional world pregnancy demands a person to inhabit.

Around the six-month mark, I got my Bipolar diagnosis. The depression I experienced was debilitating and unusual for me. I found functioning and existing to be tiresome, boring, and above my paygrade as a pregnant person. The pandemic had exploded, and my pregnancy dictated that I was immuno-compromised; Covid-19 spread, forcing me into further depressive isolation to avoid exposing my unborn child. As a sober person, I welcomed the expectation that I would not drink from normals who assumed that because I was pregnant, I would naturally abstain from drugs and alcohol. Pregnancy leveled the sober playing field, which gave me one less thing to worry about not consuming. I avoided products with BPA, eating sushi, deli meat, unpasteurized cheese, or brussel sprouts. I limited my caffeine to two cups a day, arguably the most difficult exercise in restraint for the whole of my pregnant odyssey.

My delivery was the most fun thing I’ve ever done. I say this with no hyperbole or underwhelm. Working with my doula (and best friend), Rae, my husband, John, my good friend, Tori, as my attending nurse, and Dr. Gray, made everything from the epidural in my spine to the 1.5-inch tear in my vagina seem like the world’s most joyful celebration. I recall in vivid detail the shock and awe of watching John catch Silas as he departed the birth canal.

As a privileged white woman, I experienced birth in the most ideal environment, where doctors believed me when I expressed pain, and nurses attended to me without the need for me to advocate for care. I recalled the painful stats I’d read in my hours of research, facts pointing to the fact that Black women are 2.5 times more likely to die in childbirth than white women. As I awkwardly attempted to breast feed Silas for the first time, I remembered what I had heard about Serena Williams nearly dying from a blood clot because her doctor(s) did not believe her when she said something felt off in her body. I scanned the room, assessing these competent, highly trained medical professionals for indications of who among them would have altered their behavior had I been a Black woman.

In America, being pregnant is expensive and giving birth is dangerous. According to Elie Mystal in his book, “Allow Me to Retort: A Black Man’s Guide to the Constitution,” “Childbirth is still the ninth leading cause of death among women aged twenty to thirty-four in this country, and that itself is an amazing success story.” No one greets a pregnancy announcement with alarming statistics like this, but maybe they should. John and I were elated when we found out we were pregnant, because we were expecting and hoping for that outcome. But nearly half of pregnancies in a country with such regrettable maternal mortality rates are unintended (Watson, 30). Not to belabor the point, but as of 2018, U.S. maternal mortality stats reflected 660 maternal deaths–or 17.4 per 100,000 pregnancies–earning our country the unenviable worst ranking for maternal health of all industrialized countries (The Commonwealth Fund).

People who don’t want to be pregnant have sex, during which birth control may fail; a partner may discreetly remove the condom, or a person is sexually assaulted, resulting in a pregnancy. Regardless of the scenario, pregnancy happens with or without our consent. Young people like Norma McCluskey have sex without always considering that pregnancy will occur. In 1969, Norma was a twenty-something woman traveling with a carnival in Florida when she found out she was pregnant. She told her doctor that pregnancy was a no-go, and there was no way she was going to give birth to another child (Garrow, 402-403). Roe became her eventual, anonymous moniker in the famed abortion ruling of Roe v. Wade (Garrow, 405). Justice Blackmun, author of the majority opinion in the Roe decision of 1973, wrote:

The verbiage of ‘compelling interest’ trips me up the most. I never considered that the State gave a shit whether or not I lived or died, so long as my social security number and birth certificate remained the same and I paid my taxes. I agree with Mystal when he argues that judicial overreach and legislative restrictive gymnastics with respect to abortion amount to forced birth. He suggests that we frame abortion adjudication with the same logic of the Thirteenth Amendment, “Because the same amendment that prohibited slavery surely prohibits the state from renting out women’s bodies, for free, for nine months, to further its interests. Forced labor is already unconstitutional” (Mystal 189). I wish SCOTUS had considered this before its decision to overturn Roe in June. I get nauseous thinking about these nine justices fastidiously pouring over texts in law school, clerking for prominent circuit court judges, angling themselves to become eventual members of the Highest Court in the Land. The moral underpinning of their arguments in Dobbs v. Jackson asserts that the status of a fetus supersedes the will of its pregnant owner. I agree with ethicist Katie Watson when she says,“I interpret the never-ending debate on abortion as a different kind of consensus: confirmation that the moral status of embryos and fetuses cannot be proven to the degree necessary to justify government imposition of a single view.” I hold firmly that a pregnant person’s life and agency trumps those of a fetus.

One big question I have, now that abortion is relegated to state legislatures: how do you plan to enforce these bans?  Will you expect police to kneel next to a grieving person who miscarries their baby, only to scold them while placing them under arrest? Law enforcement aren’t trained clinicians, therefore it is improbable that they will be able to distinguish between an abortion and a miscarriage, given that both occur more than one million times each year in the U.S.–both  identical in their physical function and manifestation (Tolentino, 16). I am not a lawyer, nor am I a clinician; I am a human woman who has given birth successfully, despite the odds stacked against me.

Mystal, Elie. “Allow Me to Retort: A Black Guy’s Guide to the Constitution.” New York: The New Press, 2022.

The Commonwealth Fund: Maternal Mortality in the United States: A Primer