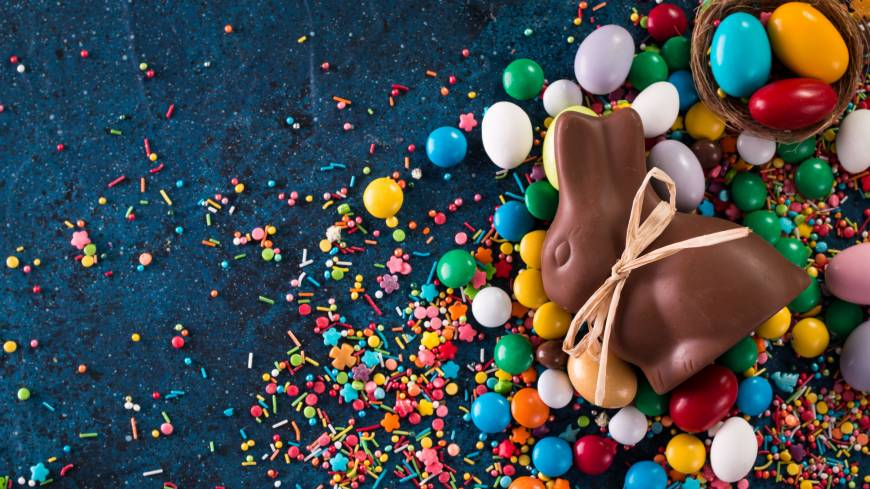 It was two o’clock on a Sunday when my eyes fluttered open. The light was bright–like, make-me-wretch-violently, bright. “Good,” I breathed warily, “It’s not rush hour yet.”

It was two o’clock, to be exact, on Easter Sunday. Really, it was just another day. As long as the Ralph’s on La Brea stayed open until I could get there-or-be-square, fit to be tied, on the buy-one-get-one-half-off sale for Oyster Bay Sauvingnon Blanc wine. Give me wine (from obscure regions like Marlborough of New Zealand), or give me death! Though to be fair, what was more urgent for me was to keep my parking spot secured outside of the apartment. That would require some hustle on my part, to and from the store to secure our provisions. Ah, to be young and drunk!

I enjoyed the forgotten holidays the most. Forgotten to me, that is; Christ rising seems to strike a memorable cord with others. Merely a detail. I didn’t need divine celebration. Like, ever. Who needs God when something secret, magical and sacred happens on the days that officially require nothing out of me, an atheist, and even less from the general hedonistic crowd I worshiped booze with? Rhetorical questions for (holi)dayssssss.

I drank because it made me feel bright and shiny, like the child of God I was fashioned to be. Cloaked in a shroud of false confidence, I celebrated that shit out of holidays I cared nothing about. I had every reason to feel uplifted: good job, a designated drinking buddy (boyfriend), available friends, temporary money in the bank and tight jeans. That’s all I ever needed to have a good time. A pair of Ray Bans didn’t hurt, either. Gotta look the part. Too bad underneath those shades my eyes were blood shot, my energies fixated on my next drink and the future pack of cigarettes necessary to mask my homesickness for the holidays. Staycations are slightly less fun when your alcoholism forces you into them.

We yanked the vodka out of his freezer to take some morning shots. “Oooo wait, there’s some Jager left!” he shouts, “Two more shots. Two for me, I mean. Maybe you, too.” Our couple unit had stayed drunk 28 nights (and some days) to date, a fact we were most proud to highlight. We woke up that day, like the previous 28, hungover and ill-prepared for human contact. And almost on cue, his parents called minutes after our morning “juice” to send their Easter love. And we felt the love. A bottle of Dom Perignon was in our future, sponsored by his generous and somewhat clueless family. “What do you two have planned for today? Dad and I are gonna enjoy this weather.” “Uh, we’ll probably cook some dinner, maybe go out later.” I covered my mouth to stifle my laughter. The only time he and I ever cooked anything, it was the elk his family hunted then put into the freezer. It was delicious, but not in my flavor profile. I think I had forgotten the greens (or was it a carb?) on the stove, setting off the fire alarm. We spent the next 15 minutes fanning the smoke away from the alarm and out of the windows. I took that opportunity to light up a cigarette with my head popped outside. I was selfish. Beyond that, I had a nasty habit of leaving shit on the stove or in the oven while wasted. By a grace higher than I deserved, I never needed to lean on mine or anyone else’s renter’s insurance for fire damage.

I composed myself enough to feign interest for this conversation. We chatted his folks up for awhile on speaker phone, batting away the sunshine streaming through the blinds as if it were a swarm of hornets. Might as well have been. “Oh, shit, we gotta call you back, Mom. We love you.” God forbid we don’t take the incoming call from his neighbor, a man I introduced him to when we moved my couch into his apartment. “Let’s hang out with Christina,” he chirps. For those of us who don’t abuse legal or illegal substances, Christina is a name we used when referring to cocaine. I guess you could say this was our version of an Easter egg hunt–search all the plastic eggs to find your perfect dime bag! Jelly beans are bullshit.

The Neighbors. This was the moniker we used to describe our troupe of European gay men who took us to The Abbey like every night. Easter weekend was no exception. Had I been more harmonious with a calendar, I’d be able to tell you when exactly The Neighbors introduced me to poppers. I know it was while watching sweaty men undulate under strobe lights, dancing to Britney’s Toxic. “Lift up your chin and close your eyes,” one of them said. “Inhale, NOW.” It was then I officially became the Girl with Kaleidoscope Eyes. “Wow. This makes me want to do it.” “Do what? He giggled. “Dance like no one’s watching,” I very seriously replied. That was the same night my boyfriend dropped me while giving me a drunken piggy back ride home.

The Dom Perignon didn’t last but for a few measly sips. It kind of devastated me. Sixty bones for a legit bottle of booze and it lasted no longer than the Popov vodka we’d later destroy. For someone who blacked out regularly, I would never forget the nights when I just couldn’t get drunk. Didn’t matter what swill I dumped down my gullet–my liver couldn’t process my drinking at the rate I was going. For an alcoholic of my type, there is no greater heart break.

I wish I could tell you I recognized my need to change right then and there, but I couldn’t. Not enough light seeped through the blinds that day, I guess.

Can’t explain, but it’s almost hard to recognize myself
Slowly I’ve changed, turned into someone else
I find myself doin’ things I’d never do
Dreamin’ of [it] the whole day through
Can’t explain, there is no need
There’s no one else who’s been inside of me

I drank because alcohol made me feel less alone. I spent time with people who I had nothing in common with because it made me feel more interesting. I experimented with other substance because I wanted to defy my family who had raised me to love myself. With every sip of champagne, I spat in the fire, fanning the flames, drinking at others. I broke my own heart, repeatedly, in order to do what my disease saw fit: drink like no one was watching, until eventually, they couldn’t look away.

This is my third sober Easter. Dipped and dyed, purified. I don’t know that my sobriety makes me feel any closer to the holiday. It does make me wonder how many masses I’ve sat through white knuckling the pew. I have’t tried to investigate that too closely. But with every passing year, I get a little more used to celebrating holidays with my family. My mother continues to make me and my sister elaborate Easter baskets. I still wake up early on Easter Sunday to pick through the fake grass to find jelly beans hidden at the bottom of the basket. I don’t avoid the sunlight coming into my room, either, especially when the plants I have need all the light they can get. This year, like the last, I feel closer to okay. From Perignon champs to French Press cafe.

Photo courtesy of The Japan Times