A Mother to Be 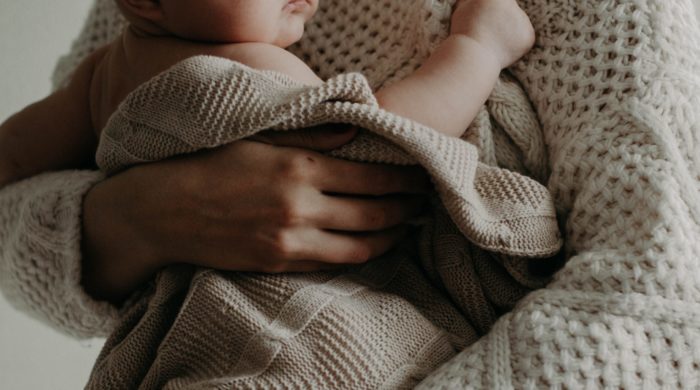 Try as I might, I cannot pinpoint the moment I became a mother. My best friend/coworker/doula explained that I became a mother the moment I knew I was pregnant. I wish that were true. It took so much longer–so much more for me to experience–to grow into motherhood. To be clear, becoming a parent was certainly hoisted onto me when I gave birth to my son. John, my husband, caught our baby in what looked like a gravity-defying acrobatic feat. The moment he placed Silas on my stomach, my eyes widened with awe, fear and love. I officially had no idea what I was doing and I was convinced the baby could sense as much. To put a fine point on the situation, you haven’t lived until you’ve labored in a mask like I did. For what it’s worth, Silas came into a world poised to manage his expectations–and ours.

It felt criminal for hospital staff to send us home with a newborn. Every time I looked at him, my breath caught in my throat. The cavernous reaches of my mind filled instantly with worry, anxiety, foreboding and of course, fear. I never practiced how to change a diaper. I had no clue whether or not I should swaddle the baby. I spent those precious first days in a mire of sleep deprivation and tears. When we arrived home the first night, I burst into sobs over the changing table as I fumbled to fasten the buttons on his onesie. Maybe the postpartum hormones were to blame, or perhaps there was more at play.

About midway through my pregnancy, I received a disturbing diagnosis. My psychiatrist gently explained to me I was Bipolar II. I did not feel surprised to hear this; I’d had other doctors attempt to warn me that my reaction to an SSRI was indicative of a manic episode. I did not want to believe them. Though I am a staunch advocate for recovering out loud as a sober alcoholic seven years in recovery, the weight of a mental health crisis felt stigmatizing and bizarre to me. I did not want to share that part of myself with anyone, least of all with the growing child inside of me. The loneliness I experienced during pregnancy forced me to examine the limitations of my solitary confinement at home during a pandemic. I had to reach out to other mothers, to other expectant mothers. Hell, I reached out to every birthing person I could think of just to feel human. One positive thing about a pandemic pregnancy is that no one is around to touch your stomach. That’s what I told myself, anyway. I don’t think I ever spent so much time in my own thoughts as I did in those last few months of pregnancy. I never felt like I was preparing for a child. It felt more like an endurance contest for how uncomfortable I could become mentally and physically without losing all of my sanity. Part of me feels sad when I think about how much more joy I could have wrested from my situation. A bigger part of me knows that I worked with what I had and not a single thing could have changed how I felt.

In a surprising twist to no one, Instagram is the worst place to go when you are expecting a child. “Sleep experts” prey on exhausted first time parents, prophesying seven to eight hours of uninterrupted slumber for newborns. The impossibility of sleep devastated me for weeks. Silas refused to sleep in his bassinet, and the only way to get him to stay asleep was to wear him in a sling wrapped around my body all night. To make matters worse, I noticed how excessively he cried.

At our third pediatric appointment, the doctor explained that our son was “a touch” colic. I was bleary-eyed, searching for answers in her apologetic face. It was hard for me to connect that the son whose crying felt like daggers in my ears might be that way for no reason–no medical reason, at least. How can I connect with my son when all he does is scream in my face? Colic felt like a cruel diagnosis with no end in sight. I never felt less like a mother than when I half-jokingly considered putting Silas up for adoption. I kept thinking, “There is no way it’s supposed to be this hard.” Therein lies the trap I and all expectant parents fall into: our child won’t be like the others.

Silas smiled at me when we were alone one day in the living room. At first glance, I thought I was hallucinating. I hadn’t slept more than four hours the night before and the espresso I had just main lined hadn’t kicked in yet. Then he smiled again. I laughed out loud as I was overcome with joy. In that second smile, it occurred to me that I might be witnessing a change in myself. I could tell his colic was easing up, though I never dared say that out loud. It seemed that for all of the hours I held him, my inconsolable son, this was the moment I could have for myself. This is what made things worth it. It takes confidence to be someone’s mother. I never pictured a family for myself, but that is an unexpected gift I received from recovery. First, the desire for a family and second, the courage to pursue one. I also never thought I’d live past 30, but here I am, 34, bursting at the seams with maternal wisdom.

My mind is working again. I don’t despair when I hear Silas get fussy. I take him out on excursions to the restaurant where John cooks for a living. We’ve been to Target and lived to tell the tale. The more times I drive him tucked in his carseat, the more confident I feel. I go back to work from maternity leave this week. I feel excited to connect with my coworkers again, though I know I’ll miss being with Silas. I will be working from home, where more people than ever will depend on me. Gone are the hours of watching The Great British Baking Show on a mindless, sugary loop. Work will be the same, but Silas will continue to grow while I will continue to marvel at his newness. He insists on keeping me present, reminding me that no one else in the world but me can be his mother. For now, that is a calling I am ready to answer.